Uttiram in March-April on the day Uttiram star (nakshatra) is ascendant. This ten-day event at the Tiru Avinankudi temple, at the foot of the hill occurs in the off-season and so agriculturists and other rural folk participate in it and give offerings of paddy to the temple.

Some of the monthly kirttikais draw a crowd of one lakh; the Karttikai Deepam and Vaikasi Visākam get two lakhs of persons each. The same may be said of Skanda Sasti. Three lakhs of persons attend the Thai Pusam. Panguni Uttiram spectacle has been estimated at five lakhs of simple and unsophisticated people with formidable faith in the Lord.

On each day, the Utsava deity of Muttukumāra Swāmi along with his consorts Valli and Teyvannai is taken in procession in the forenoon and again at night. On some days, the procession covers the Giri Veedhi around the hill of the temple of Lord Dhandāyuthapani. Groups of trained Thevāram musicians sing Thirupugazh and other hymns in chorus at these processions.

The deity is mounted in chapparam, ivory palanquin, Kāmadenu, golden peacock, goat, silver elephant, silver chariot, golden horse and other Vahanas (carriers) at street level and on the fifth day in the golden car atop the hill. The seventh day, the Panguni Uttiram is the day of days. The deity is taken to the waters for a dip at dawn. Pair of wooden sandals, Kavadi and Idumban Thadi is also anointed.

This is followed by Mahā Abhishekam before noon. In the evening, the large chariot is drawn by thousands of people—the high and the low—with great devotion and humility.

The temple car or chariot of the deity is a popular feature of the religious scene in Tamil Nadu. No one dares to think it derogatory to pull the chariot. The ancient rulers themselves led the pulling. People flock in strength to help the chariot move and it is the tradition to compare large crowds to ‘those which throng to draw temple-cars’.

Built of wood by skilled craftsmen, with intricate carved designs, the temple car is a picture of symmetry. The canopy is ornamental and has an imposing appearance, as it rises tier by tier. The car is mounted on heavy wooden wheels. Its movement is slow. The procession halts at stops known as mandapams constructed specially for this purpose. At these places, customary offerings are made.

On the eighth day, near the Vaiyapuri tank, all eyes are turned towards the sky to watch the illumination of crackers (Vāna Vedikkai). The deity is richly dressed and bedecked with jewels, in different styles throughout the festival period. Electrical illumination is done on a lavish scale. Religious discourses are given by a team of eminent scholars.

The festival season is a music season as well, with well-known artistes giving vocal and instrumental concerts. Nayyandi Melam, Villup Pattu (Bow Song), Harikatha Kalakshepam (extempore telling of epic stories), Pommalattam (Shadow Play) Karakam dance (dancing with a pot over the head), etc., are the other attractions providing feast to the senses.
Feeding of feed to the poor is arranged by several institutions that have endowments for this noble purpose. During the course of the festival, the deity’s spirit is believed to enter some devotees who will thereupon act as though they are in a state of delirium and prophecise coming events.

A hundred thousand people—in some year’s even larger numbers—shave off their heads, as penance and offer their fondly cultivated scalp to the deity, during this festival. In short, Panguni Uttiram is a festival that has to be seen to be believed.

This also is a very important festival here, and is celebrated for ten days; devotees carry Kavadies with holy water (from sacred rivers), sugar, tender coconut etc. During these 10 days, we can see various rural dances like “Oyilattam, Thappattam, Dhidumattam, Velanattam, Samiyattam” etc., along with rural songs. The rural music is an important part of Panguni Uthiram festival.

The main feature of Panguni Uthiram is the offering of Theertham (Posts of Holy water) from Kodumudi. Lord Palaniandavar is given Abhishekam with this holy water. The devotees carrying Kavadi to Palani sing Kavadi – songs throughout their ‘Pada yathra’ and these songs are ancient oral songs.

On the first day, there is a flag hoisting ceremony at Tiruvavinankudi Temple and on all the ten days Lord Muthukumara Swāmi with Sri Valli and Sri Deivanai goes in procession around the Palani Hill. On the seventh day there is a Car Festival attended by thousands of devotees. During these days the Lord also is given special reception and pooja at many ‘mandapams’ in the Palani Adivaram area. It is a grand sight to see Lord Murugan with his concerts during these processions. 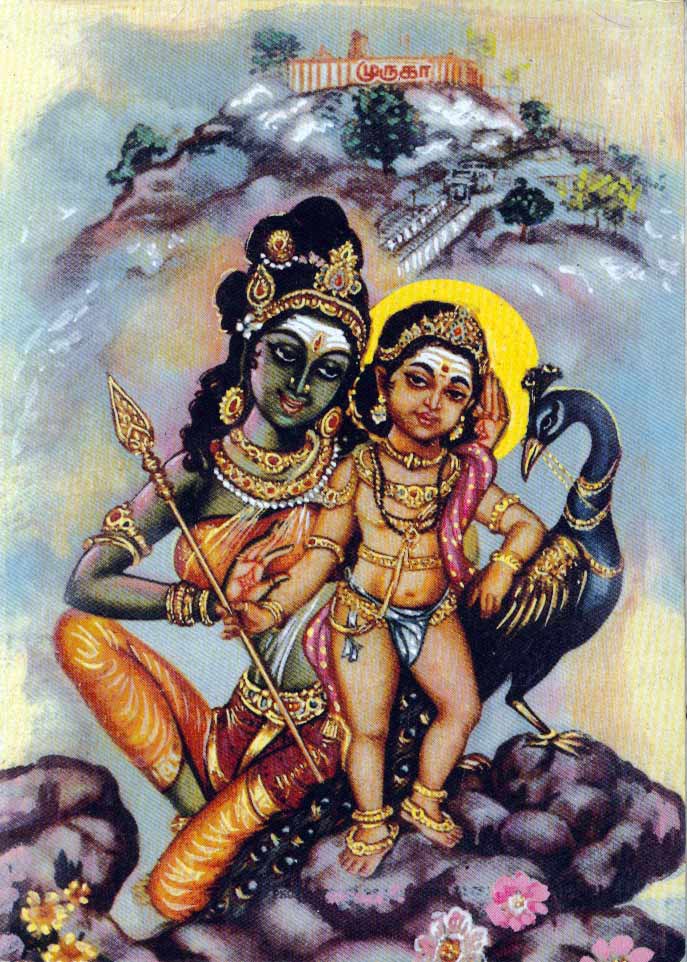 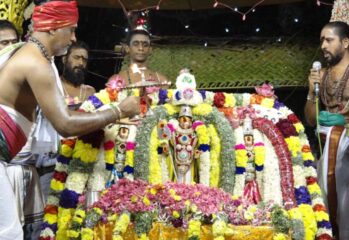 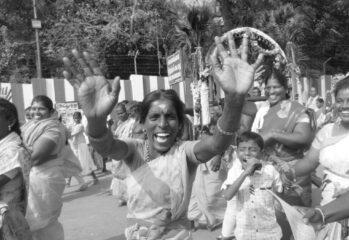 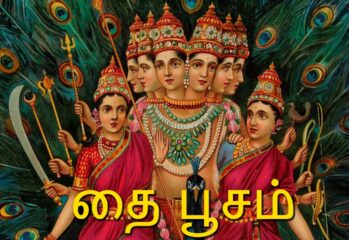